The Panigale V2 is Ducati’s newest product for the Indian market, but weighing in at almost 200kgs, this bike is as portly as its heavyweight sibling: the Panigale V4. It comes with a 955cc, V-Twin engine. It is supposed to be a middleweight, just like the old 748 and 959. The V2 now replaces the Panigale 959 and is packed with more power and technology. It is based on the bike it replaces but features the Panigale V4’s modern tech, and it looks absolutely sensational. We take this baby for a ride to reveal if it’s a true-blue superbike. 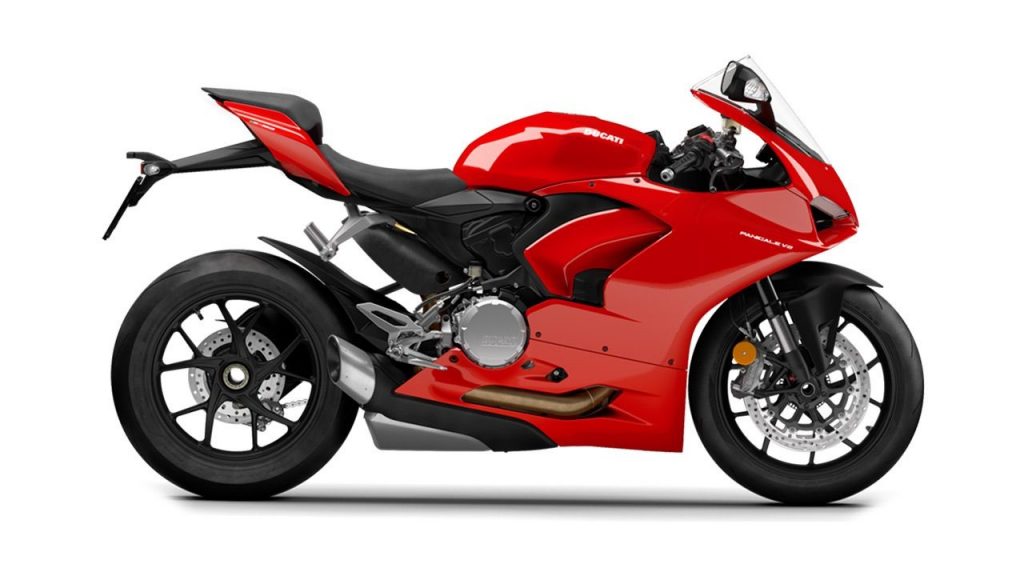 The Panigale V2 is nothing short of gorgeous to behold. And it’s honestly very hard to find fault with the Ducati’s designs. And it’s actually a challenge for someone not familiar with motorcycles to be able to spot the differences between the entire line-up. The Panigale finally joins the pack, and seems to be similar dimensions-wise as well. But the design appears a lot neater, with a double-layer fairing. It may be based on the 959, but there are some all-important changes on the bike. It features a single-sided swingarm and a stubby new exhaust. It comes with equipment like LED lights at the front and rear, a new TFT screen and whole bunch of electronics – like a six-axis IMU, cornering ABS, three riding modes and a quick-shifter.

A tale of a Twin

The Panigale V2 employs a 955cc, V-Twin Superquadro engine from the bike it replaces, but gets a few new engine components. The engine puts out 153bhp and 104Nm of torque, and our test bike came fitted with an optional Akrapovic titanium exhaust, which increases power a little, whilst shedding weight. The power delivery is just like a proper twin, meaning a strong low-end grunt and lots of torque after 4000rpm. And this bike really loves being taken to its 9000rpm limit. Although not all of its performance can be accessed, because of our roads. The engine works like a charm even on the roads and is very smooth in nature. But some vibrations can be felt on the footpegs.

Throttle response is immediate, and the clutch and the gearbox combination is fantastic. It even features a bi-directional quick-shifter that works well, and you really won’t find yourself swapping gears too often. The exhaust pops and crackles, and is sure to wake up sleepy-heads.

The ride experience is truly special, and being a Ducati bikes in a way, along with some tweaks, has really brought about some changes to the character of this bike. It gets the same aluminium monocoque frame from the 959, but with different geometry. At the front, the fully adjustable Showa BPF forks and Sachs rear shock have been revised too.

The V2 is very easy to ride and can managed without any issues. It doesn’t really need too much of effort to have you riding this baby through town. Around corners, the bike stays glued to the tarmac and stability at high speeds is excellent. It is shod with Pirelli Diablo Rosso ll tyres that offer plenty of grip and instill the rider with confidence.

The Ducati to buy?

This is a motorcycle that combines a lot of strengths, like great looks, a fantastic ride experience, and is among the few forgiving bikes you can ride at this power and price range. It may be expensive, but it’s also moving art – and that’s enough to have you go buy one. Also, grab the latest info on the upcoming scooters, only at autoX.