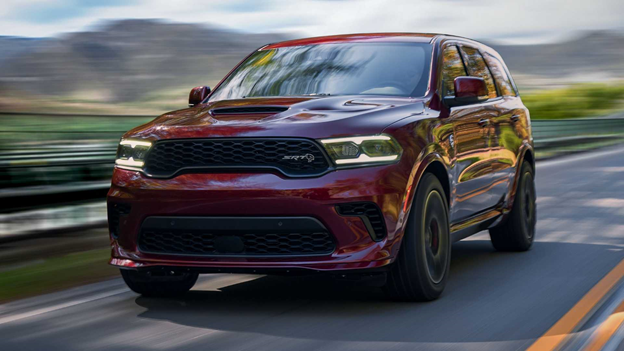 It goes without saying that with all the desirable changes done to the Durango model series, over the years, the 2023 model year edition can easily go famous for its remarkable features. With the last important makeovers done for the last year edition for the 2022 model year, Dodge could confidently announce the 2023 model as a carryover series of its predecessor while preparing for some serious upgrades to be done for the upcoming year 2024, confirmed a famous Dodge dealer in our neighborhood.

Highlights of the Current Year Lineup

The current year lineup that dodge has announced for the 2023 Durango consists of four different trim levels while there will also be two separate versions of the high-performance Durango models present that will come wearing the most popular SRT badge. For performance, Dodge has continued to power the 2023 Durango models with both the options of V6 and V8 engines pairing with an 8-speed automatic transmission which will be standard for all trims.

Feature Updates for the Year 2023

The 2023 model year lineup of the Durango series as announced by Dodge will be presented as SXT, GT, Citadel, and R/T trims with some additional feature packages tagged along. The list will start with the famous GT Plus pack that will be exclusively sold for high-performance trim buyers. The base SXT trim will be carrying only the basic features but with a good bunch of driver assistance technologies while the Trailer Tow Group IV pack will add up additional features like a heavy-duty oil cooler, an integrated trailer brake controller, low-range gearing, a class IV hitch receiver, as well as a full-size spare tire.

If you want your 2023 Durango to soak in more luxury appointments, add a bill of an extra $50,000 and get yourself the comforts of leather upholstered cabin, power-adjustable front seats, heated seats for the second row, and lot more.

In terms of performance, the 2023 model year edition of the Dodge Durango model series will offer you two powertrain options. One will be the 3.6L Pentastar V6 engine making 293 horsepower and 260 lb. ft of torque, and the other, a 5.7L Hemi V8 engine that can churn out 360 horsepower. Both the engine variants will have the same 8-speed automatic transmission to pair with. On the other hand, an RWD system will come as the standard one keeping an AWD system available as optional for all trims. Both the powertrains prepare the 2023 dodge Durango models for the regular city speeds as well as the highway stretches, equally well. To experience its performance yourself, book a test drive with the 2023 dodge Durango model, at the auto gallery of your local Dodge dealer.